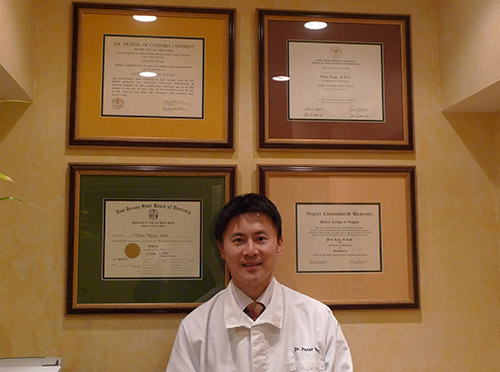 Dr. King received his undergraduate degree from University of Southern California in 1989. He received his dental degree from Columbia University School of Dental and Oral Surgery in 1993. After receiving his doctorate degree he completed his general practice residency program at Metropolitan Hospital in New York where he had extensive oral surgery training.

Dr. King received his post-graduate prosthodontics degree from Medical College of Virginia School of Dentistry in 1996 where he had extensive training in complex full mouth reconstruction, implant restorations and complex denture cases.

Dr. King is known for his superb details and knowledge in each individual case he handles (complex or simple) due to his diverse training in prosthodontics. In 2012, Dr. King was elected America's Top Dentists and he has been featured in the NJTopDentist.com for 2010-2013.

With superb dental knowledge and skills, excellent chair-side manner and a gentle touch, you will always have a pleasant, top notch quality and informative visit with Dr. King. He has been practicing dentistry in Bergen County for over 17 years and he is a member of American College of Prosthodontics and American Dental Association. 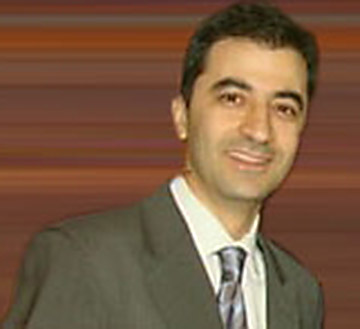 Michael H. Reshad, DDS, Periodontics and Implant Surgery - Having received his Baccalaureate degree in biology in Paris, France, Dr. Reshad attended the University of Xavier Bichat before relocating to the United States, where he attended New York University College of Dentistry. Prior to graduating in 1995, he was awarded honors in Implants and Comprehensive Care, as well as in Applied Practice Administration. Dr. Reshad subsequently completed his three-year specialty training in periodontics and implant surgery at New York University, where he is currently an Assistant Clinical Professor in the Department of Implant Dentistry.

Dr. Reshad is an active member of numerous dental organizations, including the American Academy of Periodontology, the Northeastern Society of Periodontists, the Academy of Osseointegration, and the American Dental Association. He frequently lectures on the topic of periodontics and implant surgery, and attends many seminars both in the United States and Europe to keep up-to-date with the rapidly advancing technology of implants and periodontics.

With his extensive training, Dr. Reshad is proficient in the latest techniques for implant placement and diagnosing and treating periodontal disease. He also performs cosmetic periodontal procedures to help his patients achieve a more aesthetic smile.